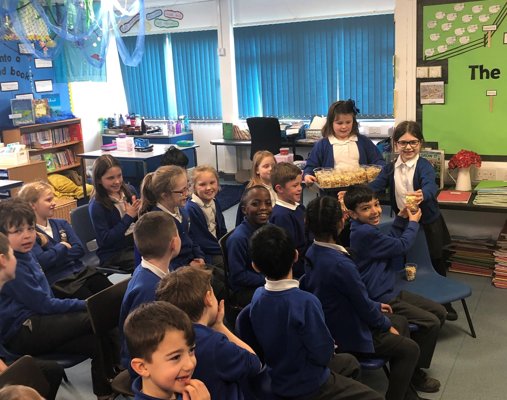 The Class 3 Film Premiere was a great success today, with four new films released about plants. The children had used ipads to create the films, uploading pictures and videoing each other. They developed their IT skills, confidence, speaking and listening skills and their scientific knowledge. The popcorn was a big hit too!