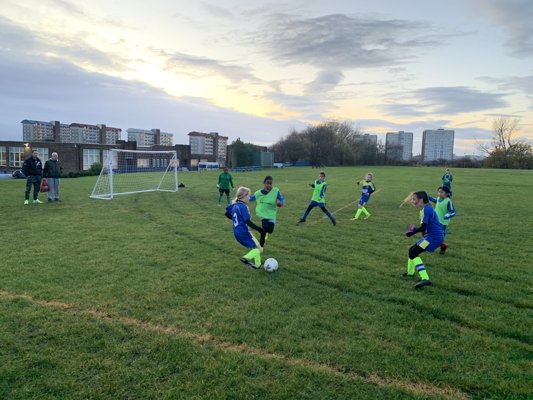 Both Shadwell girls’ football teams had games this week, with the 1st team travelling to St Patrick’s for a league game. St Patrick’s, who were second in the Leeds League, were bound to be difficult opposition, and so it proved as it was difficult for the girls to break them down. The breakthrough was made when Rakhi scored two great goals to give us a 2-0 lead going into halftime. Despite leading, the girls had to defend well and Grace in goal made a number of brilliant saves!

The second half was also close, with the third and final goal only being added towards the end, when Rakhi’s run and cross down the right was finished first-time by Amber!

A great win for the girls, who keep their place at the top of the Leeds League, and they’ll need another good performance if they hope to beat Farsley Farfield in their final league game of the year next Tuesday.