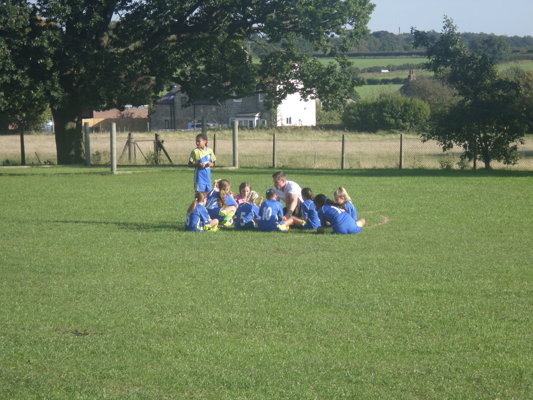 After getting a credible 1-1 draw against Meanwood in their last match, the girls hosted Grimes Dyke tonight as they looked to get their first win of the season. The team played brilliantly, and were able to attack from the beginning, with goals from Lily and Emelia. Further goals in the second half from Rakhi and Sofia (2) gave the girls a fantastic first win of the season. Everyone played their part in the victory and we hope to continue this good form into the season!