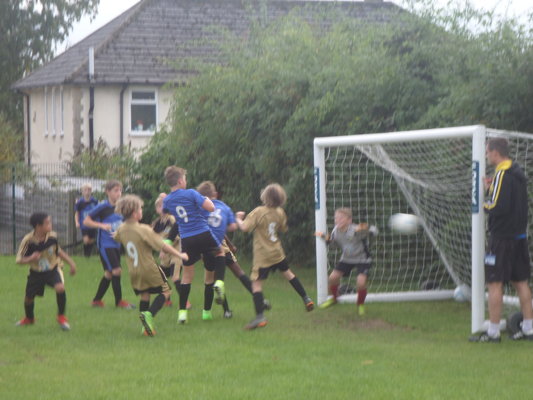 On Monday it was the boys’ turn to get their season underway as they made the journey to St Paul’s. It took the boys a bit of time to settle down and get comfortable, as it was their first time playing together. At halftime St Paul’s were leading 2-0, and although Shadwell had chances, they were restricted to long range.
We looked a lot more settled in the second half, and despite conceding a long range strike to fall further behind, the boys showed great character and potential as they began to pull back the deficit through Tom’s header from a corner. As well as scoring a second through Oliver’s shot from outside the box, the boys ran out of time to find the equaliser. Despite losing we showed a lot of heart to come back into the game, especially as it was our first match playing together. We tried to play good football and it’s only going to get better from here!