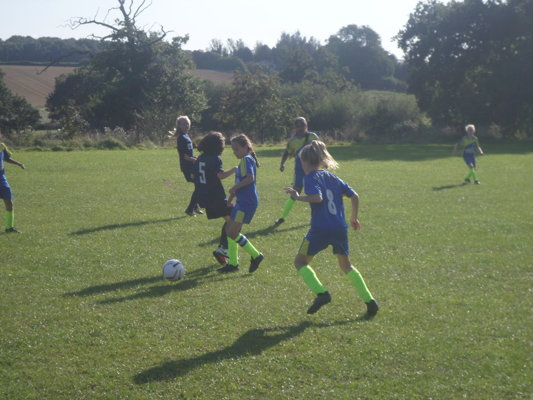 The girls’ football 1st team got their season underway last night as they hosted Meanwood on the school field. With an entirely new squad of 10 the girls were eager to get the game started. It certainly showed when we were able to take the lead within the first minute; great work on the ball from Rakhi saw her find Holly who shot high into the net!
Meanwood were able to grab an equaliser and it was unfortunate from a Shadwell point of when the goal came straight from a corner kick which found its way all the way through.
The girls showed lots of resolve and teamwork to not let it get the better of them, and despite lots of Meanwood pressure in the second half, held their own to grab a great point to start the season!