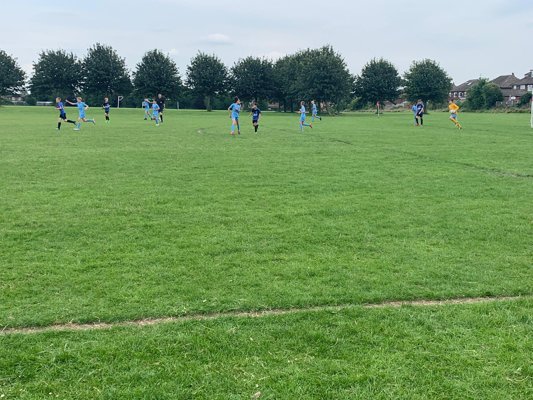 The next boys football match took us to the semi-final of the whole of Leeds. We were away once again, such was the draw, this time to St Urban’s. It wasn’t as straight forward as the score line may suggest, and early on there were definitely a few moments where the whole game could have swung in favour of one team or the other. Luckily at times for Shadwell, we were able to just about clear the ball from our danger zone in time, and finish off our chances throughout, scoring in the first half and adding a couple more in the second half to seal the result!
This means, for the first time ever, Shadwell will go onto compete in the Leeds Final to potentially be the best team in the whole of Leeds!