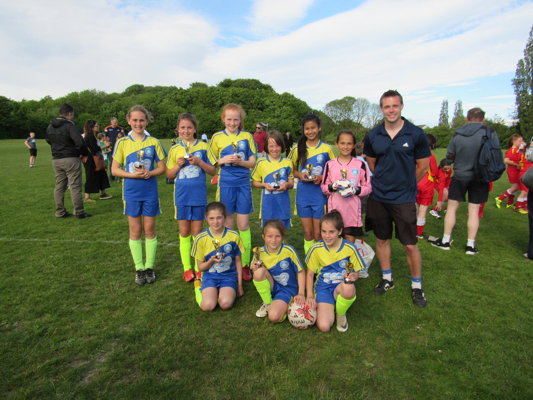 With the seasons almost over, the girls finished the half term competing at the Leeds City Finals. With the top 4 teams in the city there, it was always going to be difficult but the team played their best football in the first game against Highfield; applying lots of pressure and creating chances.
Despite this, the game remained 0-0 all the way through extra time and went to penalties. The girls were very brave to step up on take their penalties, and even got them all on target. We were unfortunate to miss out, and Alina even made a great save to keep us in it at one stage.
It was obviously difficult for the girls to take after such a great season, but they showed so many of the personal qualities which made them the great team they are to pick themselves up to win the 3rd place play off against Holy Family.
It’s been an incredible season for the girls who have won games in the league, City Finals, County Finals and North of England Finals this year, and had a great time doing so!