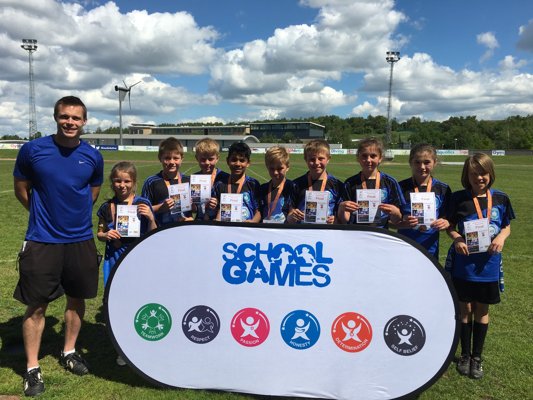 The hectic week continued on Tuesday as the Tag Rugby 1st team went to John Charles Centre for Sport to compete at the City Finals. We were drawn in a particularly tough group, but were able to win all our group games, including some where we had to come back from losing positions, to qualify for the quarter finals!
We were able to win the quarters and despite losing the semi final in a close 4-3 defeat, picked ourselves up and won the 3rd place play off to finish 3rd out of around 150 teams! A brilliant achievement and they will now go onto represent the whole of Leeds at the West Yorkshire Finals in July!