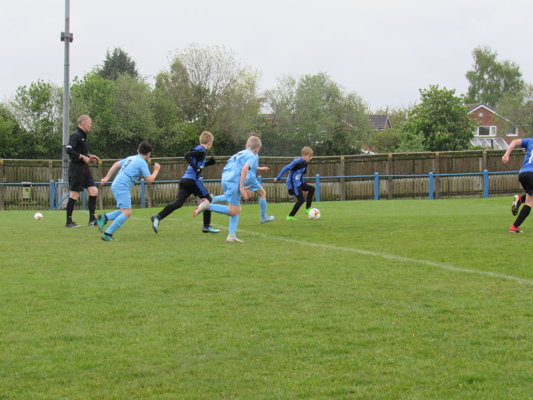 With their second huge game in two days, the boys played Primrose Lane in the first knockout round of the Champions Play-offs; the competition where league winners play each other for a place in the next round.  No doubt these games were going to be tougher, and this one proved to be the most difficult yet.
The boys picked themselves up from their cup final defeat yesterday and were able to take the lead in the first half, only for Primrose to equalise in the second. Despite regaining the lead, Primrose again equalised with the last kick of the game from a corner to take the match to extra time. The game became less open throughout the extra period and went all the way to penalties. Both teams missed chances, resulting in sudden death. A big save from Harry in goal, and a powerful strike from Tom meant that Shadwell held their nerve to qualify for the quarter finals and will play the winners of Moor Allerton High School vs Woodlesford! Credit to Primrose Lane for a great game which could have gone either way in the end!