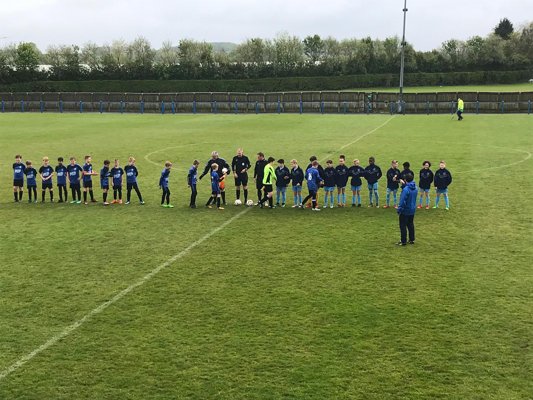 In a big couple of days for the boys’ football team, they started with a trip to Garforth Town Stadium for the final of the Leeds Cup against Holy Family Primary School. This was our first ever appearance in this final and the team were excited to play in an actual stadium!
Both teams had chances in the first half, and again in slippery, tricky conditions the ball was difficult to control. With the added occasion of being in a final the boys did well to manage their emotions and hold their nerve. They didn’t let it get them down when a Holy Family strike skidded in off the post and came out in the second have with all the energy and focus they’d shown all season.
Despite conceding a second, and eventually losing the game, the boys played well. A shot just wouldn’t fall in our favour; we created chances through brilliant build up play, but it clearly just wasn’t going to be our day. Credit to Holy Family, who also played well and had some excellent attacking players. Still, the team couldn’t have given any more, and can be proud of how far they got to get to a great final!