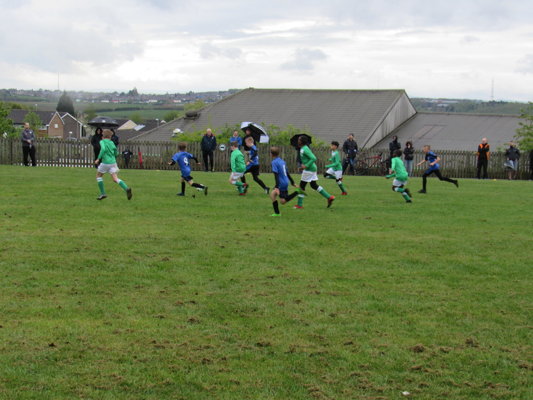 The boys team played their second game in two days this week, and it was a big one! The made the 40 minute trip down to South Leeds to play Westwood in the semi-final of the Leeds Cup. The team got off to a fast start again and forced Westwood to make a couple of goal line clearances.
The game levelled out and was mostly played in the midfield, with both teams working hard to break the deadlock. The opening goal never came, which forced the game into extra-time. Even with the extra period a goal still couldn’t be found so the match went to penalties.
Shadwell took first, and with both teams scoring and missing, it went to sudden death, with our brilliant boys coming out on top to stake a place in the final against Holy Family! A really difficult match full of tension, but the team did very well to hold their nerve, and was a great experience for the future!