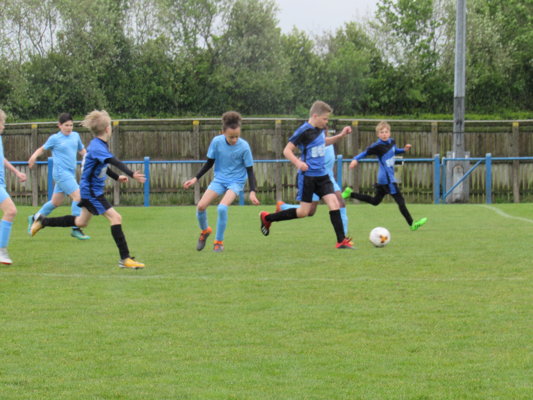 As the half term drew to a close, the boys hosted Grimes Dyke as both teams tried to book a place in the Leeds Cup semi final. After a close game earlier in the season, this game followed suit as the ball was mainly held in the middle of the pitch. Indeed, the score at halftime remained locked at 0-0.
The second half was just as close but Shadwell were able to take the lead when Gabriel was able to capitalise on a defensive ricochet to fire home. As the game drew to a close, Gabriel was once again able to score to extend Shadwell’s lead. A great victory in a close game meant Shadwell progress to the semi-finals; a brilliant achievement!