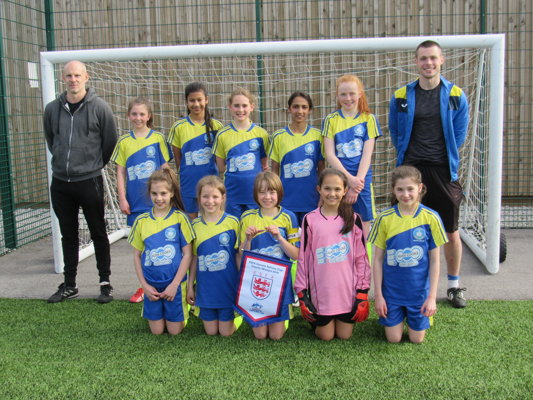 In what was their biggest achievement to date, the girls’ football team travelled all the way down to Sheffield to represent the school, the city, and the county at the North of England Football Finals! With 11 teams competing, each a winner of their own county competition, the standard was always going to be high. Never ones to shrink from a challenge, the girls took it head on and gave everyone they played a tough game, getting some great wins and were genuinely unlucky in other games.
The team that eventually won, from Durham, won all their games, except for the one when they played us – a 1-1 draw, which should show how competitive we were. The girls are a fantastic team full of great players and fully deserved to be a part of such a special occasion!