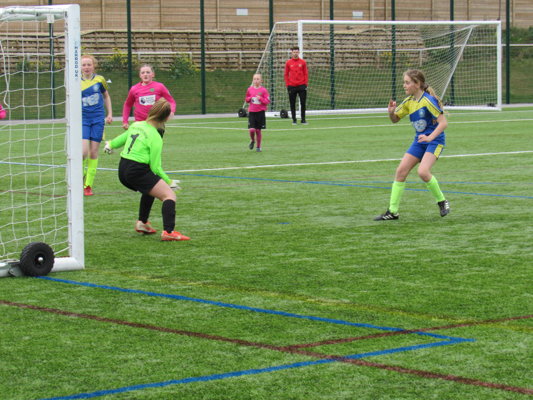 Preparation has begun for the girls’ big North of England tournament next week as they played some tough games leading up to it, starting with Horsforth. There’s usually a breeze on our home field, but today’s game was something else, with a really strong wind affecting how both teams would like to play. Sukhmann was able to give Shadwell the lead in the first half, but Horsforth equalised in the second.
With time running down an incredible shot from Hetty, from the half way line, found the back of the net to give Shadwell the win! A brilliant end to a hard-fought game!