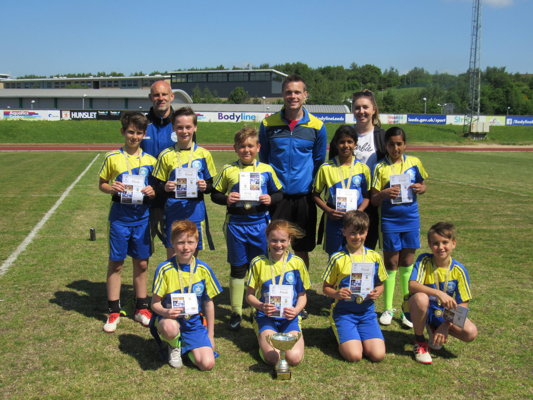 For the first time we managed to qualify two teams to the Tag Rugby City Finals, with both a Y6, and a Y5 team, winning their Regional tournaments! The day was filled with action and amazing moments, results were as follows:

Our Y5 team did so well, narrowly losing their first game against the two-time reigning champions, although they did win games later on. The fact that all other teams were mainly Y6 shows what a fantastic achievement it was for this team to get so far! It was worked out that they finished 13th out of all the teams in Leeds (around 150!), and everyone should be so proud of themselves!

The Y6 team’s results were:

The Y6 team did amazingly well to win the whole competition and are officially the best team in the whole of Leeds! The final even went to extra time, meaning the next try would have won the game! Everyone played so brilliantly and unselfishly to get the win in what was probably the most exciting Tag Rugby match in history!

They will now go onto represent the whole of Leeds at the West Yorkshire County Finals in July! We wish them lots of luck!