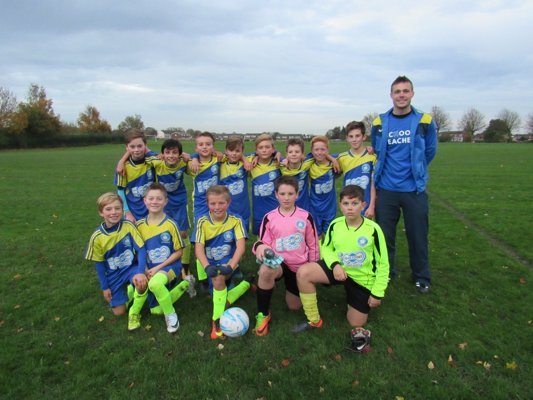 On Monday the boys’ team played host to St Theresa’s in their latest league outing. It was a great game which was well fought in midfield; the boys looked very committed throughout and the deadlock was broken when Alex’s through ball was slotted home by Oli D, who showed great composure. The score at half time remained 1-0 to Shadwell and the team continued how they had been, chasing down loose balls into the second half. This was how the second goal was scored; Oli put pressure onto the opposition defender, won the ball and unselfishly crossed for Harry to tap in.

It was St Theresa’s turn to score soon after the kick off; their striker made a great weaving run straight from kick off to round Louis in goal and side foot the ball into the empty net. Despite the setback, the boys regrouped and kept playing as they had been. James was able to add the team’s third when his powerful shot eventually squirmed its way across the goal line.

The final score remained 3-1, and the team did well to recover from last week’s cup defeat, as well as battle the tricky weather conditions. As the weather looks to worsen, we will have to wait and see if Friday’s game remains on.