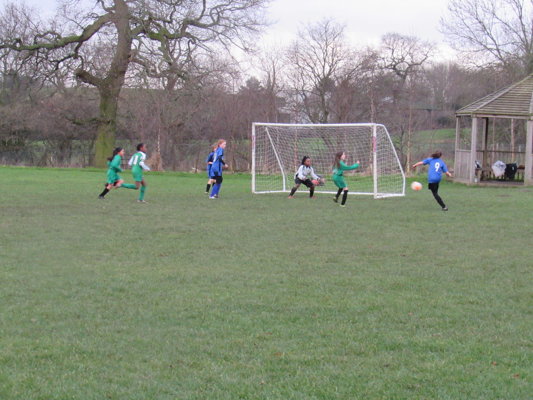 Having lost to Holy Family in the league just after Christmas, the return fixture drew great anticipation from the girls’ team in the build up to this game, as they always want to test themselves against the best!

In what was a really even game, both sides had chances in the first half, with the majority of play being through the middle. The breakthrough came when Lucy chased down a loose ball into the opposition penalty area, and managed to stab the ball into the net. At halftime the girls were obviously pleased with how things were going, but knew there was still a lot of work to be done. They were able to keep up the effort in the second half, and doubled the lead when Megan was fouled to give a penalty. Jess was able to put the ball into the top right corner to make the score 2-0.

As the game drew to a close, some absolutely brilliant saves from Gopika kept out the opposition strikers, as well as some committed defending as we tried to close out space. It was the best result of the season, as well as the best performance! Well done girls!