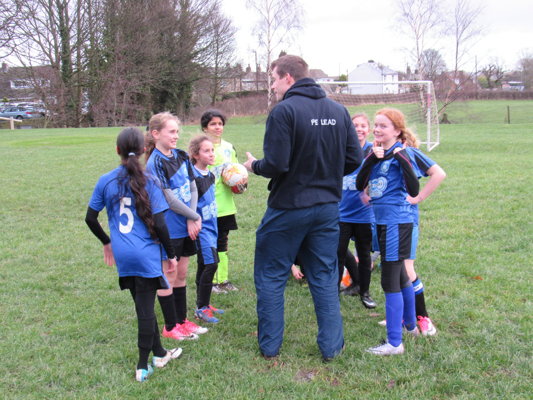 The girls’ team played their second match of the week as they travelled to Wetherby. They got the positive start they were hoping for when Jessica scored a great goal, into the top left corner, after only a few seconds! Jess added her second a few minutes later, when her low shot snuck in at the near post. Two more goals from Megan made the score 4-0 at half time. The team looked really solid throughout with some great battling in midfield and good tracking in defence.

The halftime break saw a change in goalkeeper, with Gopika coming outfield and Antonia having a spell between the sticks. Both turned out great as Antonia made some brilliant saves to keep the Wetherby strikers at bay, and Gopika ended up scoring a great shot from outside the penalty area! As the game drew to a close, a Shadwell counter attack saw a neat finish from Isla for her first goal of the season! Another great performance from the team has seen the girls have a successful run of games post Christmas. We hope to build on this with two more big games next week.