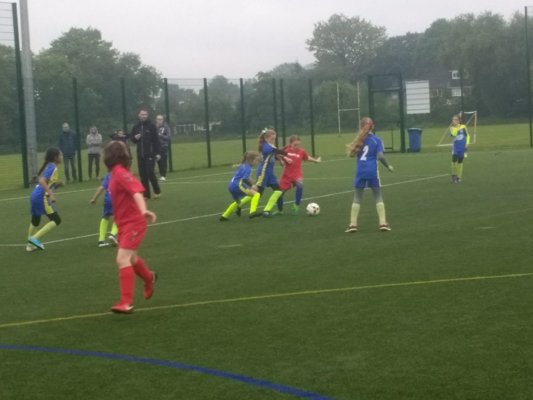 The girls played their last game before Christmas on the school field against Immaculate Heart. The girls' strength in depth means we are able to rotate the starting line up, with no difference to the team, as well as meaning we have a strong impact coming off the bench.

Goals in the first half from Megan and Jess saw the girls lead 2-0 at the break. We pushed further forward in the second half, moving a defender further forward into midfield, and it paid off when further goals from Jess (3), including a great strike over the goalkeeper's head, and Megan saw the final result as a 6-0 win.

The girls have had a great Autumn term of results, and it sees them sit in first place in the league! The team are enjoying their football and playing without pressure, and it shows in their play. We're looking forward to playing more games after Christmas.