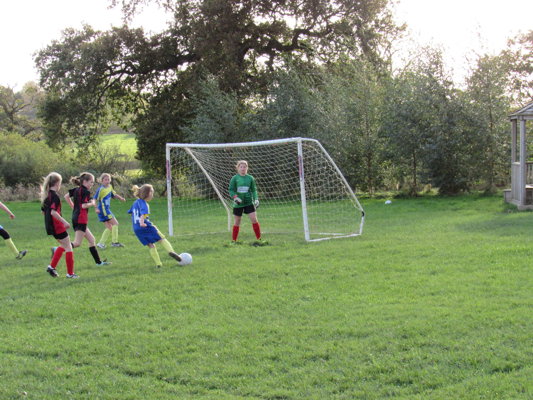 The girls’ team played their second game in two days as they hosted a very good Deighton Gates team. After withstanding heavy pressure early on the girls were able to take the lead through a strike from Jess to make it 1-0 at half time.

Deighton Gates continued the pressure after half time, and were able to turn it around, scoring twice to take the lead. Despite the setback, the team persevered and kept going. This paid off when Emily equalised part way through the half. The final score finished 2-2 and the girls should see this as a valuable draw, especially as they showed fantastic character against excellent opposition.