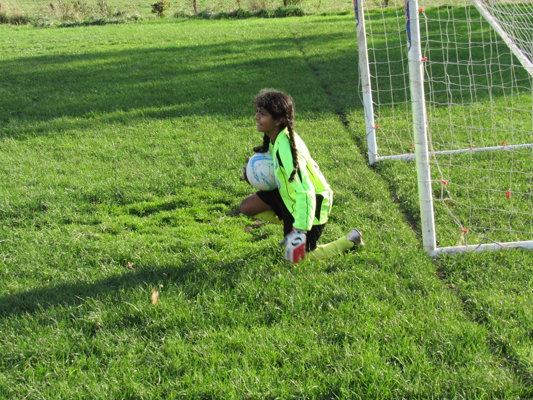 The girls got their season underway on Monday with their first league game at home against Meanwood, who were Leeds city champions last year. The game started with lots of energy and enthusiasm from both sides. Shadwell found themselves with a cutting edge as they took the lead through Jess, who actually scored all three goals in the first half – including one straight from a corner kick!

With a strong squad, Shadwell were able to rotate easily, and with no effect to the team’s performance. This meant everyone could do lots of running on our big pitch, take a break, and then come back on with the same energy. Jess was able to add to her goal tally early in the second half with a great finish, before Megan added a fifth. With the wind now behind them, Meanwood put pressure on the Shadwell goal, and were able to score some of their own – some brave goalkeeping from Gopika restricted their chances. Emily was able to increase Shadwell’s lead towards the end after some excellent passing with Charlotte.

The game finished 6-3 and the girls were delighted with such a positive start to the season; everyone played superbly with some very committed tackling and running with the ball. Well done girls!